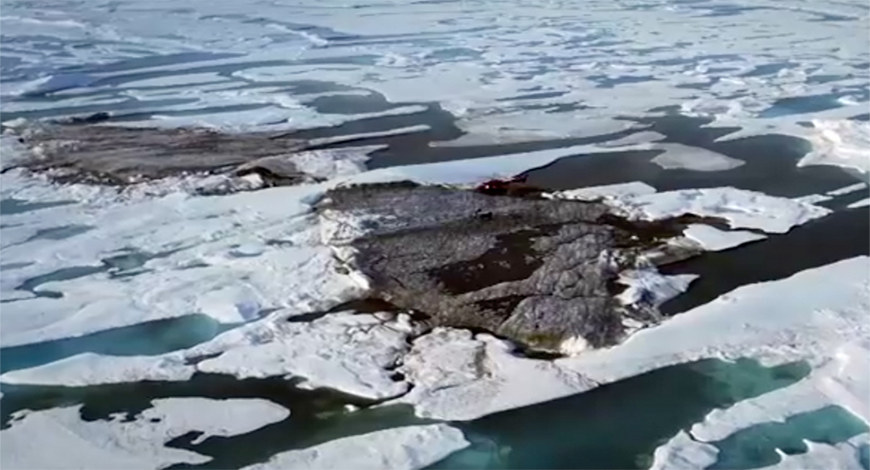 There is a search going on in Greenland, which is the epicentre of climate change’s effects, to find out a trove of critical minerals capable of powering the green energy transition.

It was reported that mining companies, investors and even billionaires like Jeff Bezos, Michael Bloomberg and Bill Gates are expecting that the climate change-caused iceberg melting events in the region would unveil enough critical minerals to power hundreds of millions of electric vehicles.

It should be noted that land that has been hidden under the ice for decades or millennia is suddenly becoming visible due to melting land ice, and it may now be used as a possible location for mineral exploitation.

While understanding this fact a company called Kobold Metals is exploring the region as it is looking for a deposit that could be the first or second largest nickel and cobalt deposit in the world. This California-based startup has teamed with Bluejay Mining to locate the rare and precious metals in Greenland, required to construct EVs and enormous batteries to store renewable energy.

Meanwhile, as per a report by CNN, the billionaires are financially backing this mineral exploration company Kobold Metals. The report also highlighted that 30 geologists, geophysicists, cooks, pilots, and mechanics have set up camp near where Kobold and Blujay are looking for the buried wealth.

This is also because apart from nickel and cobalt, the region could be a hotspot for coal, gold, zinc and other rare-earth elements, according to the Geological Survey of Denmark and Greenland.

However, the Greenland government apparently has conducted numerous resource assessments across the ice-free territory and is aware of the potential for the nation to diversify its economy through mineral exploitation.

This is not surprising why billionaires in the West are betting big on this search operation, focusing below the surface of the hills and valleys on Disko Island and Nuussuaq Peninsula in Greenland. It is because the global EV market is developing at a rapid pace. But this industry in India is also picking up speed.

Needless to say, the Indian automobile industry is the world’s fifth largest, and it is anticipated to become the third largest by 2030.

According to the India Energy Storage Alliance (IESA), the Indian EV sector would grow at a 36% CAGR. As India’s population grows and demand for automobiles increases, reliance on conventional energy resources is no longer a viable option, as the country imports over 80% of its crude oil.

By 2030, NITI Aayog hopes to reach 70% EV sales penetration for all commercial vehicles, 30% for private vehicles, 40% for buses, and 80% for two and three-wheelers.

So now the question is — apart from the investors and billionaires in the West, whether there is any possibility that India could take the advantage of the finding in Greenland if the search turns out to be a success.

Regarding this matter Jeetender Sharma, Founder of Okinawa AutoTech told News18: “The global push toward a greener future has fired up the demand for materials that will eventually affect the Earth by depleting its natural resources.”

According to him, the billionaires will undoubtedly want to obtain crucial minerals to power hundreds of millions of EVs, but the climate catastrophe is melting Greenland at an unprecedented rate, which will eventually damage that landmass.

Sharma said: “Lithium-ion battery recycling and sustainable mining practices are key factors for EV growth. The demand for critical battery raw materials such as lithium, cobalt and nickel has been increasing rapidly as the energy transition unfolds, with the shift to greener mobility gaining momentum.”

“Batteries are also in high demand as EV sales grow rapidly. Batteries can also be more expensive because they are designed for efficient energy consumption,” he added.

However, Sharma also explained that the potential finding would not be advantageous because the import cost of the materials will be too high for Indian OEMs.

Additionally, he stated that to provide an advantage to the EV business, however, extensive resource planning, as well as a strategic supply chain must be built and it also necessitates government backing, and it will take time for Indian EV OEMs to capitalise on it.

“So we should focus on alternate options like battery recycling, and finding substitute energy solutions, R&Ds in Hydrogen cells etc,” he suggested.

Meanwhile, Prashant Chandrasekaran, Co-Founder of ChargeEZ said that affordability, sustainability, and quick availability of materials are critical to achieving a massive EV transition, while raw materials and supply networks can match all three of these criteria are likely to be the most beneficial to India.

According to him: “In that context, the developments in areas like Sodium-Ion batteries which are based on easy to access raw material (sand i.e. silicon), more sustainable production process, and cost-effective, are more likely to be more relevant for India.”

“They solve the additional need to build energy resource resilience by reducing dependencies on distant geographies to source raw materials, a problem that India with limited oil/gas deposits has faced till date,” said Chandrasekaran.

Separately, Sushant Kumar, Founder & Managing Director of AMO Electric Bikes, stated that if these Greenland-related assumptions are correct, India will undoubtedly gain from these discoveries due to its large market size and high demand.

He said: “Battery price is a huge challenge that the entire EV ecosystem is facing right now. Findings of rare and precious metals may help in creating a battery that is nominally priced.”

“Since natural resources belong to everyone, we as a country should focus on bringing the prices of the battery down by using such rare metals and creating the low-priced battery indigenous in our country,” Kumar further noted.

According to Sameer Aggarwal, who is the Founder & CEO of RevFin, India is in a unique position to establish itself as the global leader in EV and deep mining projects such as the one in Disko Island, which will provide a significant boost to EV.

He also believes that India can establish commercial contracts with these projects early to gain access to the output from such projects.

But he also noted the fact that “the world will have to tread this path with caution and innovative technology to ensure that the climate sustainability is not impacted adversely in this race to the deeps of the ocean”.

Link to the original article